If the article linked in the headline above doesn’t work for you, it’s a pdf of AIER’s bulletin in an iframe on their site, you can download the original article by E.C. Harwood from November 1974 American Institute of Economic Research here.

Edward C. Harwood (October 28, 1900 – December 16, 1980) was an economist who founded the American Institute for Economic Research (AIER) in 1933. Harwood graduated from the U.S. Military Academy in 1920. He went on to attend Rensselaer Polytechnic Institute (RPI) before being appointed an Assistant Professor of Military Science and Tactics at Massachusetts Institute of Technology (MIT). While at MIT, Harwood became interested in economics, particularly money-credit problems, and began an intensive study on the topic. With the encouragement of MIT Vice President Vannevar Bush, Harwood founded AIER in 1933 to provide independent research to the public on current economic conditions. His earliest publications include Cause and Control of the Business Cycle and What Will Devaluation Mean to You? 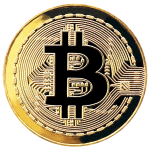